I want to conclude this series on the ‘mobility’ of Bryon’s comic performance in Don Juan with a slightly longer post (apologies!). I think there’s an aspect of Byron’s art that his most severe critics seem to have missed although, to me, it seems obvious.

In brief, Byron may be a contemporary of the great English Romantic poets (Wordsworth, Keats, Coleridge) but he shares little of their interest in introspective reflection on metaphysics or psychology. As W.H. Auden argued in the Introduction to his 1966 Selected Poetry and Prose of Byron, Byron is a ‘realist’ and not a ‘romantic’.

Byron claims the world of men and women — “what everybody knows”, as his epigraph to Don Juan says — rather than the imagination as his domain. As a realist, he deals with the world in a comic vein that is mostly content with mockery rather than satire’s advocacy of reform or tragedy’s remote metaphysics. His greatest art — in his mature poems: I’m agreeing, still, with Auden — shows him to be the master of a difficult verse style that, in English, is well adapted to comedy. It allows him to express his “splendid personality” (Arnold) in a “voice that rings true and utterly unlike anybody else’s” (Auden).

To me, his realist agenda and technical virtuosity excuse all of the “evasions” that his critics cite: his refusal to interrogate his own “demons”, or reflect deeply on his ideas or behavior. Swept along by his inventive verse and the appeal of his personality, many of us are buoyed, even awed, by his “unserious” refusal to be maudlin (although melancholy) and by his brilliant contempt for sham, repression and ill-use by the elites. 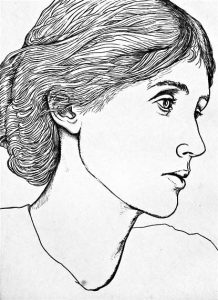 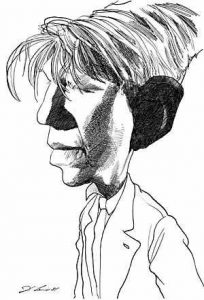 W.H. Auden, a great fan of Byron’s prose and poetry, insisted that Byron’s poetic eminence rests on none of the works for which he was famous in his own time (Auden found Childe Harold “unreadable”) but on the great comic poems: Beppo and Don Juan and on his sharpest satire, The Vision of Judgement.

“Whatever its faults, Don Juan is the most original poem in English; nothing like it had ever been written before. Speaking for myself, I don’t feel like reading it very often, but when I do, it is the only poem I want to read: no other will do.” [from the Introduction to Selected Poetry and Prose of Byron]

Virginia Wolf, too, had no difficulties with Byron’s “mobility” in Don Juan . She loved it. Around the time of the First Centenary of the poem, in 1918, she described Don Juan as “ the most readable poem of its length ever written ” on account of the “ springy, random, haphazard, galloping nature of its method ”. [quoted in Wolfson S., Manning P.J. (2004) Introduction to “Don Juan” , Steffan T.G., Steffan E., Pratt W. W. (Eds.), Penguin]

“My Pegasus shall tire of touching ground”

“Random”? “Haphazard”? I don’t believe Virginia Wolf thought the thousands of lines in Don Juan could be the result of an accidental method although, at one point, Byron attempts to mislead all of us into that idea:

But he’s joking… mostly. This is art, not accident.

Byron’s apparently easy versifying skill dazzles his listeners/readers, pulling them through stanza-after-stanza as he “springs” (to use Wolf’s term) from one idea to the next. If he really did mean to evade any critical reflection, this would be the way to do it. Springiness leaves little room for deep or painful reflection on his part or the reader’s.

Still, the poetry is not all “galloping”. That would grow dull pretty soon. Byron’s mastery of structure and rhythm — managed mostly on the fly, considering that he never revised a final draft — allows him to vary the pace, between lines, between verses and from Canto to Canto. Every so often he slows the pace or punctuates it by, for example, a series of rhetorical tropes or diversions, to produce contrasts that are both dramatic and comic.

For instance, in Canto I, between Juan’s and Julia’s first kiss in Canto I and the climactic bedroom scenes (Stanzas 122 to 135), he takes a rhetorical detour on the pleasures, and pain, of relationships: a series of seven verses, each beginning “Tis sweet…”. Then he wanders even further afield into a diversion on technology and human progress that, although mordantly funny, has only the most remote connection with the narrative. His goal, apparently, is delay: intended to increase the reader’s anticipation of the steamier stuff to come.

It’s true that Byron’s diversions, every now and then, seem to wander too far off the trail. One instance is the lengthy description of furniture and costume that delays Lambro’s surprise appearance at the ‘wedding-feast’ in Canto III. This cataloge of trivia possibly merits the criticism (from John Murray’s readers) that the Canto is “dull” in parts. But Don Juan gallops more often than it walks: sweeping across the surface of its allusions and the far horizons of Byron’s encyclopaedic interests, rather than tarrying to plumb any philosophical depths.

Then Byron makes uncanny use of the cadences of intimate speech and the jumble of what appears to be unguarded thought to draw the close attention of the reader/listener as he bounds from one bright idea or image to the next. His art is the more remarkable because the natural cadences of rhyme-poor english are not a natural fit for ottava rima verse and because the “confidences” of his comedy — despite the apparent intimacy — are no more unguarded than Sterne’s.

Much of the ‘springiness’ that Wolf mentions is due to Byron’s skill with ottava-rima verse. Each stanza comprises six lines of alternating rhyme leading to a rhymed couplet. The first six lines form a sort of “development” section, setting up ideas and contrasts that are often descriptive or abstract. But the set-up typically collapses in the final couplet with a “gag” that has a more concrete, reflexive (‘I’) or confronting (‘you’) focus.

In Byron’s hands the couplet might resolve the contrasts or contradict the argument of the first six lines, or introduce a tone-jangling surprise that can be ironic or bitter, sometimes confessional, sometimes vulgar, often hilarious.

This structure makes ottava rima a natural format for “stand-up comedy” in verse because every stanza leads from a story to a punch-line. But in the hands of an expert like Byron, the format serves the comedic effect: it does not dominate. Byron can use the ebb of the final couplet, too, as a pause in the flow of ideas — I’d say a “pause for breath” but sometimes Byron does not allow even that — before the stream renews.

Auden, in his Introduction gives us a craftsman’s insight into the value of Ottava Rima to Byron. He remarks on how hard it is to write in the tightly-rhymed Italian verse style using rhyme-poor English. “It is almost impossible,” Auden says “to write a poem of any length in it without having to use banal rhymes, or to pad the line or distort the natural order of words in order to get a rhyme”. He points out that writers of ‘serious’ poetry that use this verse scheme such as Yeats (in Nineteen Hundred and Ninteen, for example) have to rely on a lot of half-rhymes to make it work. In an earlier post I also mentioned Shelley, whose The Witch of Atlas falls back on archaisms and awkward constructions to make his Ottava Rima work.

But Byron discovered — probably from reading J H Frere’s mock Arthurian epic Whistlecraft published by John Murray in 1818 — that this same weakness can be a gift for comic verse. A host of tricks such as round-about language, rhetorical padding, double and triple rhymes and inverted word order that are out of place in formal or sober verse are “meat and potatoes” for comedy.

Virginia Wolf remarked, too, on the novelistic qualities of Ottava Rima. She observed that the verse has “an elastic shape which will hold whatever you choose to put in it” [quoted in Addison, C. A. (2004). Ottava rima and novelistic discourse. Journal of narrative theory, 34(2), 133-145. ]. Byron was ready to throw in everything from the Hellespont to Hades, from the tenderest young love to the bloodiest butchery. Still, his art lies in occasionally abusing the elastic to stretch our expectations across several verses only to confound them in the final “snap-back.”

Here’s one example (among several) of his use of the final couplet in the Ottava Rima verse to pause, rather than conclude, and to contradict both our expectations and himself. It comes from the end of the diversion in Canto I that I mentioned above. Byron abruptly ends a rumination on the nature of man and desire with a refusal to come to the conclusion expected by conventional piety — that the perpsective of eternity (God, the Universe) will somehow resolve the “perplexity” of our nature.

“This is not a moral tale, though gay…”

When Byron wrote this line about his “tale” toward the end of Canto I, he may still have believed  Don Juan  would be a sort of longer Beppo .

But his conception of the poem changed after 1819. It seems he began to appreciate what a liberation it was for him and how little store he put in the criticism and resistance he met from his London friends, including Cam Hobhouse, and his publisher John Murray and his circle. The rupture with Murray after the publication of Canto V, and the angry denunciation of his critics’ hypocrisy in the preface to Cantos VI-VIII show Byron “in the trenches” in April 1822 after a year or more hiatus in writing Don Juan .

Then his astonishing productivity over the next nine months  reveal a dedication that is far from being merely ‘gay’.  This was one of the most turbulent periods of his life. It saw the deaths of Allegra and Shelley; the prosecution of his servants for affray; his exile from Pisa by the Austrian authorities; the prosecution of the Hunts for publishing his Vision of Judgement , and persistent poor health. Yet it saw him produce some of his best work in the entire poem: Cantos VI-XII.

Don Juan is not a memoir (he wrote one of those that his “friends” destroyed); so his critics look in vain for evidence of his personal “struggle”. It is comedy not parable; so it upholds no moral banner. It contains judgements that are questionable, one or two outright slanders, and jokes about his friends, his enemies, his wife and contemporary poets that are at best indiscrete and often unfair.

Still, the poem contains a great deal of wit — brilliantly delivered — and a humanity that resonates with adult experience of the real world. That is enough to provoke the interest and provide the entertainment of most people including Virginia Wolf, W.H. Auden, Germaine Greer and many other literary greats. It even attracted Matthew Arnold.