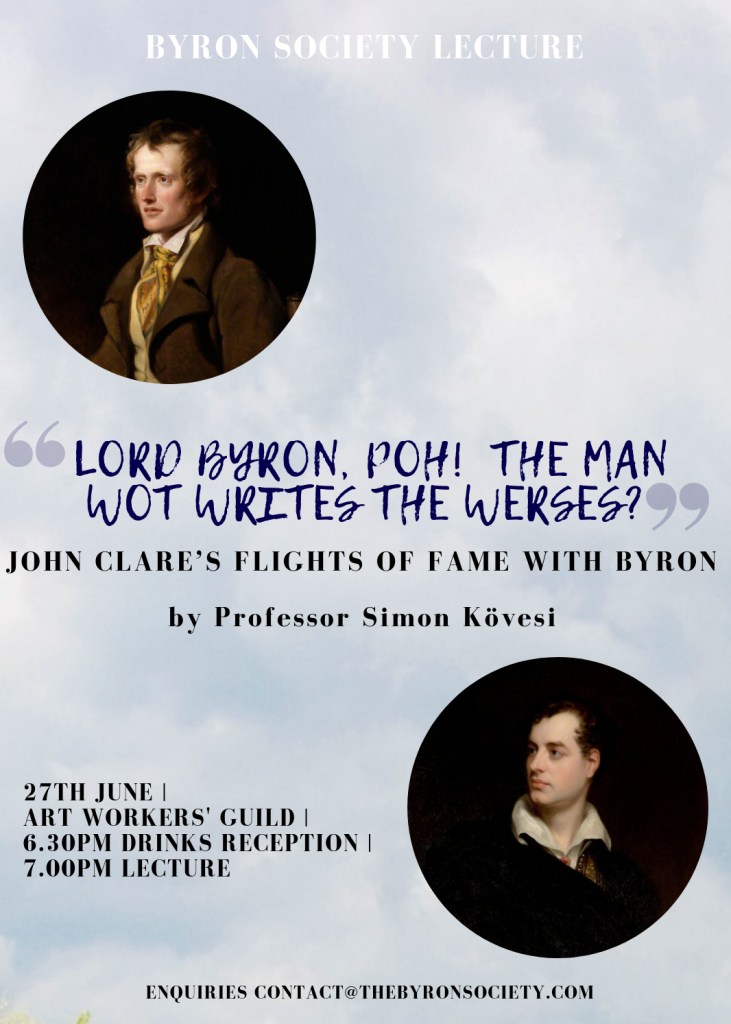 In this lecture, Professor Simon Kövesi, Head of the Department of English and Modern Languages at Oxford Brookes University, will discuss Northamptonshire poet John Clare’s response to Byron’s life and works.

As a young literate man in his remote village of Helpston, John Clare was tasked with copying out an old sailor’s memoirs in his finest hand. In so doing, he first heard about an aristocrat who had been an eccentric, irritating traveller on one of the sailor’s ships. Clare’s version of Byron is built from the start as a wild risk-taking traveller, rather than as a poet. But as Clare’s reading widened in the English poetic tradition, and as his literary engagement with the contemporary London poetry scene was enriched through his experiences of sociable publication, Byron was established firmly as one of his most significant influences.

From very early on in fact, Byron forms a kind of touchstone for Clare – of poetic sociability and literary success – even while he assertively pushes back against the elitism and snobbery he finds in Byron’s English Bards, forging his own social network of labouring-class poets as he does so. To Byron’s verse it was that Clare constantly turned, throughout his writing career, and most especially when at his most isolated in an asylum. Byron offered Clare a number of models by which he was inspired: a model of transnational, displacing fame; a poetic voice of characterful confidence; a masculinity whose attractions seemed irresistible; a slippery, satirically-edgy cynicism (especially from Don Juan) that seemed more honest than the desultory political cant of the age – something Clare is still railing against in the early 1840s.

Indeed, it is through his adoption and rewriting of Byron that Clare launches his most astonishing attack on the nation state and the state of English poetry, in his own Don Juan – sexualising and denigrating the young Queen Victoria, for example. This paper will consider what stylistic and thematic impacts the Lord might have had upon the peasant beyond Clare’s own Child Harold and Don Juan, and will conclude that there is no ‘anxiety of influence’ in Clare’s writing of Byron. But there is a persistently generative excitement, tinged always with class politics and masculinist discourse, with the material limitations of Clare’s very local, very English, lot in life, when compared to the travelling, supranational and super-famous Lord. For Clare, Byron was always a source of generative, combustible, poetic empowerment. 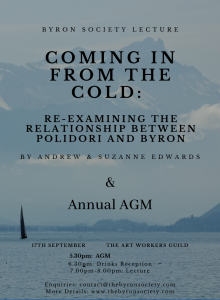