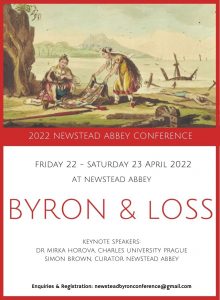 Postponed since 2020, this conference aptly marks the bicentenary of a troubling year plagued by loss. George III had lost his life and, many would argue, George IV lost what little shreds remained of his dignity, pursuing his errant wife with hypocritical vengeance during the so-called Queen Caroline Affair. The monarchy and government had lost the trust of the people, and many of them would have lost their lives had the Cato Street Conspiracy succeeded. Meanwhile Byron, now in the fourth year of his self-imposed exile, was rapidly losing his hair, teeth, famous good looks, and – some might argue – his dignity. It is against this backdrop that he became interested in Italian politics, or rather the loss of political authority and national autonomy.

To mark the year of 1820, and in recognition of the troubling experiences of the past two years, we are hosting a conference around the theme of Byron and loss.

The cost of the conference to each delegate will be £75.00 to be paid in cash, on arrive at Newstead.

We will be staying at the Travel Lodge in Mansfield.

BE AWARE THERE ARE 2 TRAVEL LODGES IN MANSFIELD. YOU WANT THE BELOW:

Register to attend by email, by emailing both the organisers at newsteadbyronconference@gmail.com and Ken Purslow at purslowken@gmail.com. 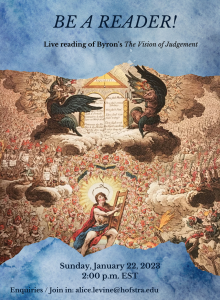