The Byron Society invites applications for a PhD bursary of up to £5,000 per year.

Applications are open to new and existing full-time PhD students enrolled at a UK university and working on a thesis addressing any aspect of the life, work and /or influence of the poet Lord Byron. Applications are also welcomed from those studying multiple poets or authors, including Byron.

Each bursary covers just one year, however multiple applications can be made and postgraduates whose research focuses solely on Byron can receive up to three annual bursaries. (Those who study Byron alongside other poets and authors can only be awarded one bursary).

Applications can be made by students with additional sources of funding, but please list these in your application. The applications should also include a summary of the applicant’s academic record, an outline of his / her proposed research and the names of two referees who may be contacted. Please also state what year of study you are in.

Please download and fill out the Application Form at the bottom of this page, and notify your chosen referee that we will be in touch to request a reference. In addition to the questions below, please state what other funding you have been awarded (if any).

Applications should be sent by email to Dr Emily Paterson-Morgan, Director of the Byron Society, at contact@thebyronsociety.com.

However please get in touch if you have any questions. 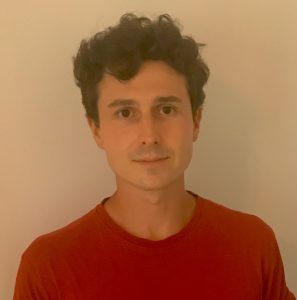 Luke Maxted is writing a DPhil at Balliol College, Oxford, entitled ‘Negative Constructions in the Long Nineteenth Century’. His thesis investigates poetic uses of compounds formed with the prefixes ‘un-’, ‘in-’ and ‘dis-’, and with the suffix ‘-less’. It argues that Byron’s satirical negatives, of the late-1810s onward, were the starting points in the anti-Romantic revolt against the abstract and the epiphanic, and it shows that, despite the libertinism of ‘Beppo’ and ‘Don Juan’, those works led to the reactionary poetry of T.E. Hulme and Yvor Winters. Luke’s journalism has appeared in the Times Literary Supplement and the Literary Review, and his academic writing in The Nabokovian, Philip Roth Studies (his essay was the winner of the Siegel McDaniel Award), The Thomas Hardy Journal and Notes and Queries. He holds an MA and an MSt (1900-Present), both from Oxford. 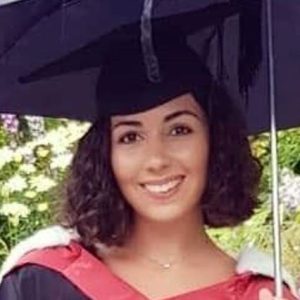 Lydia Shaw is a PhD student at Durham University working on the eco-poetics of landscapes and seascapes in Byron and Shelley, and exploring both poets often transform nature into revealing mindscapes that speak to the contemporary environmental crisis. Such an approach also provides a means to re-examine the relationship (imaginative and actual) between these two significant second-generational Romantic poets. Lydia completed her MA in Romantic and Victorian Literary Studies also at Durham University. 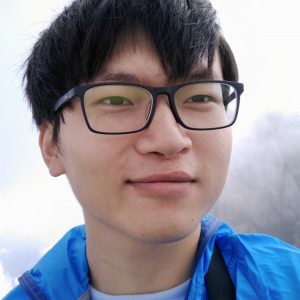 Kaiwen Hou is currently a PhD student in English Literature at the University of Edinburgh, and later he will start in the second year at Durham University to continue his study. Kaiwen’s project is exploring how Byron’s notorious celebrity was entangled with his religious writings. In the matrix of Romantic celebrity culture, the poet’s representations of ‘blasphemy’ contributed to his celebrity as a rebellious figure, and helped to appeal for ideological liberation which highlights a human-centred pride against all kinds of tyrannies. Before his doctorate study, Kaiwen completed his MA in Eighteenth-Century Studies at King’s College London, and learnt English Language and Literature at Central South University. 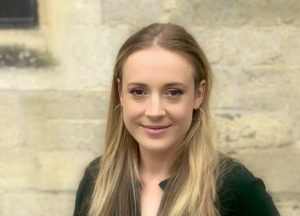 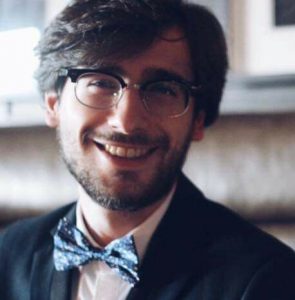 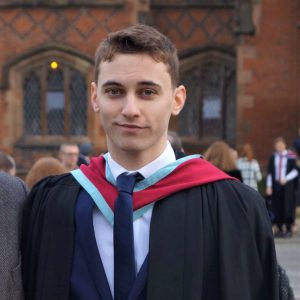 Lee Livingstone is a PhD candidate in English Literature at Queen’s University Belfast. His project, ‘Lord Byron and Women’s Writing’, studies the relationships between Byron and several women writers. Negotiating current conceptualisations of influence and intertextuality, the project recognises the overall impact of women’s writing on Byron’s own poetic development, and through specific case studies shows the importance of several female authors across Byron’s career. Lee has participated at national and international conferences, and academic workshops, most recently presenting at the 44th International Byron Conference in Ravenna, Italy. He is also the recipient of the Miss Margaret Cuthbert Frazer Research Bursary (2018) for his research in women’s writing, and the Sir Thomas Dixon Travel Scholarship (2019) for undertaking archival research at the Newberry Library, Chicago.

Flora Lisica is studying for a PhD in English at the University of Cambridge. Her project is tracing the way that Byron and some of his contemporaries engaged with tragedy; the way that tragedy was being seen, read and conceptualised, and how this manifests in the dramatic and non-dramatic texts of the period. Prior to starting her doctorate, Flora studied for an MA in History of Art at The Courtauld Institute, and read English with Philosophy at the New College of the Humanities.

Or fill out this form below