Byron and the Carbonari

Marty Ambrose reveals some interesting facts she discovered about the Carbonari—a secret Italian revolutionary society and Byron’s connection to it . . . 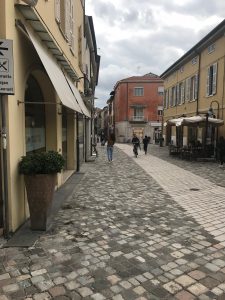 Some scholars have touched on Byron’s connection to the Carbonari (notably Richard Lansdown), but I had no idea he was inducted into their ranks (through his connection with the Guiccioli family) and was actively involved in smuggling guns, planning battles, and commanding his own turba (a small regiment) in 1821.  The Carbonari were based on the principles of Freemasons and were actively involved in the early nineteenth-century as a loosely-based group of revolutionaries who wanted to bring a constitutional monarchy back to Italy.

Secrecy was their guiding mantra.

When Byron came to Ravenna at Christmas, 1820, he was drawn into their ranks, through his lover—Teresa Guiccioli’s—family and describes the intriguing initiation rituals:  ‘They took me to their lodge and inducted me . . . During the ceremony, a Grand Master made me take an oath with two axes across my chest:  when I swore my oath of loyalty, the blindfold was removed as I saw the truth of the brotherhood.  The axes symbolized that arms would be raised against me if I betrayed them, but I had no intention of ever playing Judas.  Weeks later, I was placed in charge of my own regiment, called a turba.’

What I loved about these historical facts is it showed how Byron made the transition from visionary poet to active social agitator, often putting his own life at risk.  It draws us closer to understanding how he begins to redeem himself.  Also, Claire reads his memoir and has the chance to see, as she reads his memoir, that he was most concerned about their daughter, Allegra’s, safety.  The middle of a revolution is no place to have a child.  It draws the reader into a central point of the book:  a “higher cause”—albeit a dangerous one, can be the impetus to a spiritual shift for those who embrace it. 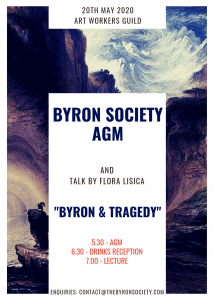